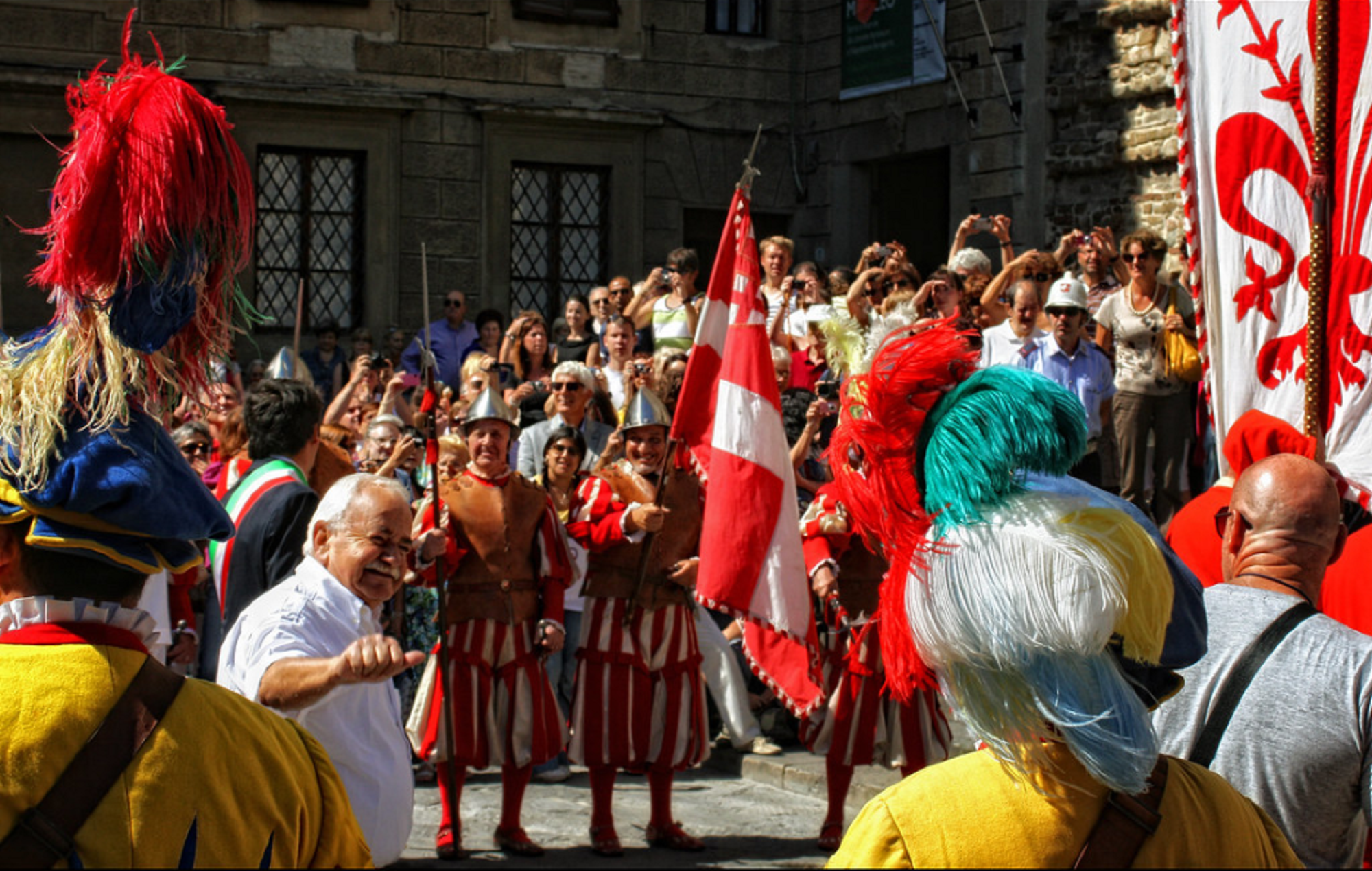 Who was San Lorenzo? And why is he still celebrated today? Learn all about one of Italy’s favourite Saint’s in this article, and find out why you should attend the Feast of San Lorenzo!

San Lorenzo was one of the 7 deacons of the early Church. In a time where Christianity was outlawed, Emperor Vespasian ordered that all clergy members were to be executed, so on the 6th of August, 258AD, 6 deacons of the Church including Pope Saint Sixtus II were beheaded. This meant that San Lorenzo was now the highest-ranking official of the Church. He was given an ultimatum, he had three days to collect the treasures of the church to bring to the Emperor and his life would be spared. Instead, San Lorenzo spent the three days distributing the materials and wealth the Church had amassed to the poor and on the third day, he presented to the Emperor what he saw as the real treasures of the church; members of the poor.  His good nature was recorded at the time of his death, when being slowly roasted on a gridiron by troops, he is said to have exclaimed “Here you miserable person, you have roasted one side, now turn me over and eat.” He is now remembered as the patron saint of firemen, bakers and the poor, as well as librarians as he saved many church documents before his execution.

How is his feast day celebrated?

The decree of his sainthood being celebrated on the 10th of August was declared in 1937. In Rome, fireworks and celebrations are held in the area around his crypt on Via Tiburtina. In Florence, one of the neighbourhood town is named after San Lorenzo so a large renaissance style festival is held here. The day begins with a historical procession from the Republic of Florence with people dressed, and then a mass is celebrated at the San Lorenzo Basilica where the priest blesses the city. After this, the festivities begin with dancing, concerts and free lasagne and watermelon handed out to the crowds. Continuing on an ancient tradition starting in the Bakers Guild, bread is continuously baked all day in a variety of shapes. The day also aligns with the Perseids Meteor Show, with the shooting stars being nicknamed ‘San Lorenzo’s Tears’.

On the 29th of June each year, Rome celebrates the feast day of their patron saints St. Peter and St. Paul. It is revered as a holiday of ‘Solemnity’ which is categorised as the most important of feast days. What this means is that Catholics can eat meat on the day if ever it should fall on a Friday when fish is usually eaten. All government offices, and shops close on the day and floral display called ‘Infiorata’ carpets the ground in multicoloured flowers. This tradition dates to 1625 but was abandoned for 400 years before it was reinstated in 2011. On the day, the Pope will give a homily at a special mass dedicated to the day, and a firework show first created by Michelangelo in 1481 is the main highlight of the day. Street food merchants line the streets and outside St. Peter’s Basilica there is a mercatino or small market where you can purchase locally made products. All Vatican Museums are closed on this day, however there are other festivities to see such as a canoe regatta on the River Tiber.

Who were St. Peter and St. Paul?

The holiday was first assigned in the year 67AD by Emperor Nero who martyred both the saints. It is a holiday celebrated only in Rome as it is their patron saints and is also one of the oldest feast days in history. So, what is the backstory of these two legendary figures? St. Peter was the leader of the apostles, the rock upon which Christ built his Church, and the first Pope. Paul was originally named Saul, but after a major event happened to him, he converted to Christianity. He was once a persecutor of Christians in Jerusalem, but one day while travelling to Damascus, he was blinded by a great light and spoken to by Jesus. After his conversion his sight is brought back to him and he becomes an important figure in the early Catholic Church. Both men were imprisoned at the Mamertime Prison of Rome where St. Paul was beheaded, a death offered to him solely as he was a Roman citizen. Whilst St. Peter was crucified upside down as he didn’t feel as though he was worthy enough to be crucified the same way Jesus was.

With origins in ancient times, this festival began with Emperor Augustus marking the end of the harvest. Originally a pagan festival, the event was soon Christianised and now the day of Assumption is celebrated on the 15th of August each year, honouring the day when Mary went to Heaven. These days, Ferragosto is seen as a celebration of the summertime however the Pope will give a speech and pray the Angelus. Many Romans use this time to go on holidays and the city of Rome basically shuts down for a whole month or at least a couple weeks before and after the holiday. Keep in mind that on the day of the 15th, the Vatican Museums will be closed however it’s a perfect time to explore the city less crowds, or even head out of Rome. Take a train to Tivoli and visit the beautiful Villa D’Este. If you plan to stay in the city however, the Gram Ballo di Ferragosto will see streets full of dance performances all day with crowd participation encouraged!

What are the feast days?

Feast Days are days of honouring or commemorating events that are deemed special to the Christian Church during the ages. They can celebrate events relating to Jesus, Mary, the Apostles, martyrs and saints. There are two categories of feast days, the first are primary feasts that celebrates the main principles of the Church or the death of a saint, the secondary feasts celebrates certain objects, features or relics such as apparitions to saints or the crown of thorns. The list of what category each day falls in is named in the decree of Sacred Congregation of Rites which was put into place on the 22nd of August 1893. The order in which events are deemed important begin with anything to do with Christ, then Mary, next the angels, St. John the Baptist and St. Joseph. You may notice that some saints share days as there are many more saints than the other of days in the calendar year. Some feast days are internationally recognised like Christmas, Lent and Easter, whilst some are only celebrated in certain countries, or even just a particular city honouring their patron saint.

Previous article: What were the Duties of the Vestal Virgins?
Language »