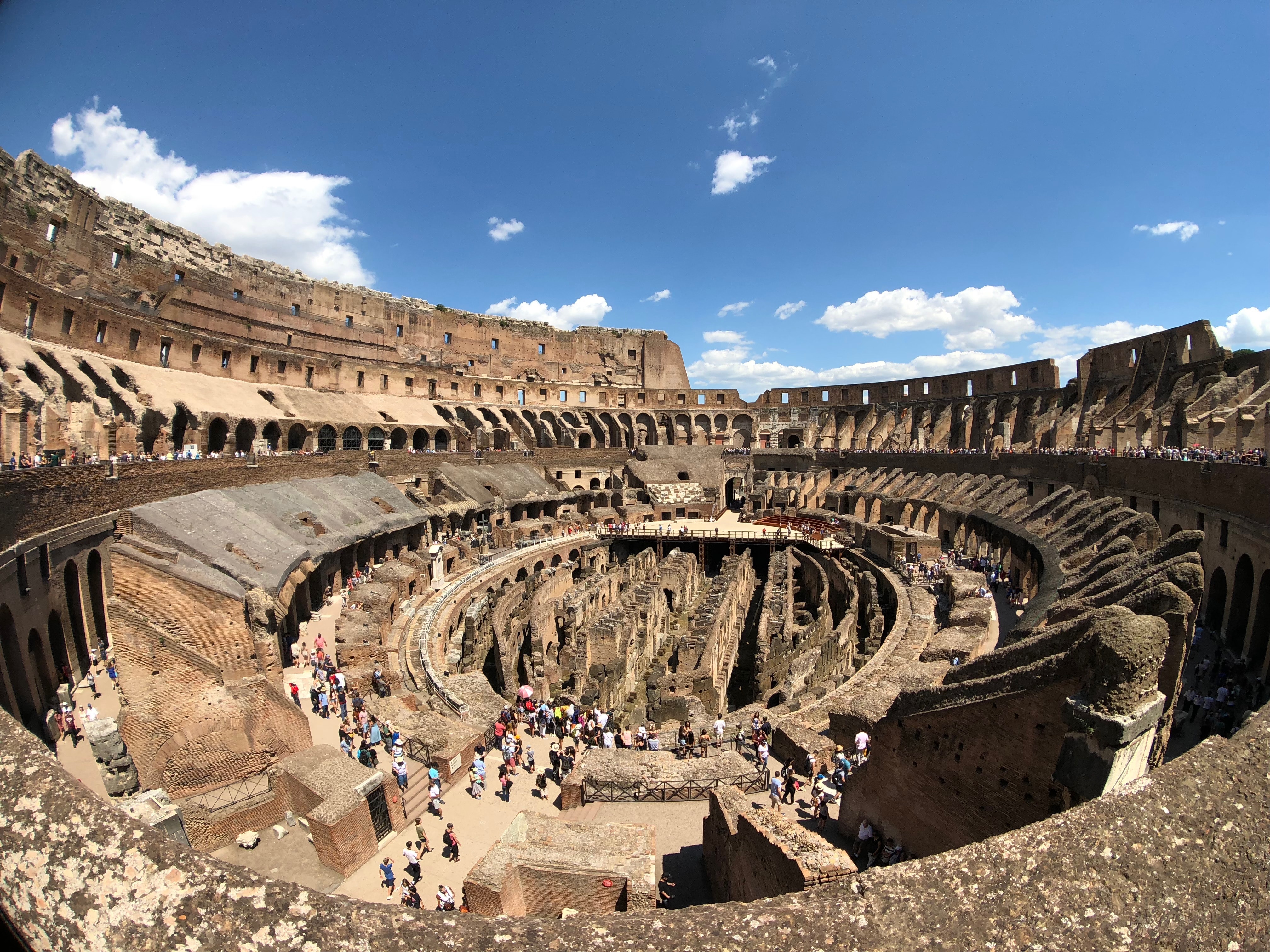 Why was the Colosseum Built?

With 7.4 million visitors in 2018, the Colosseum is one of the world’s most iconic landmarks. But how many of those visitors knew the reason behind the building’s construction? 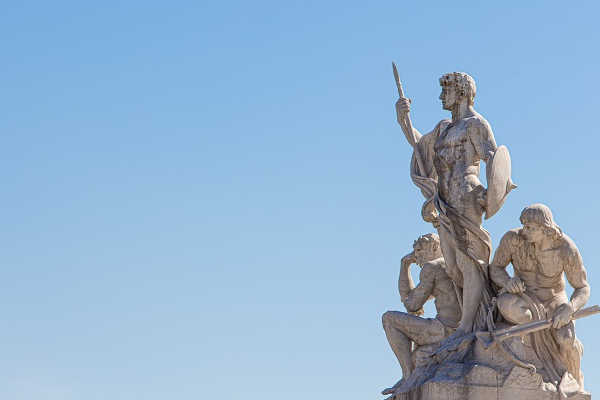 The Colosseum is a centuries old oval amphitheatre in the centre of Rome, Italy. Built under the Flavian dynasty, the Colosseum was the largest amphitheatre ever built at the time and could hold up to 80,000 spectators. In order to learn a more about how the Colosseum came to be, we need to take a step back through history.

Why was it built? 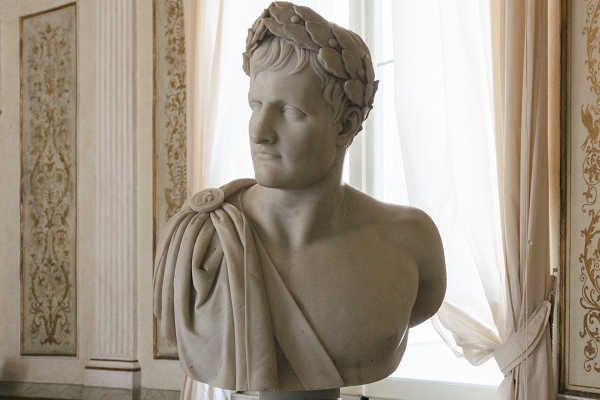 It started with the Flavian Dynasty in 69AD. The reign of the Flavian Dynasty can be traced to Vespasian and his two sons Titus and Domitian. As a family they ruled the Roman Empire from 69 AD to 96 AD. Though their family reign was relatively short-lived, many historic, economic and military events took place during their rule, including building the Colosseum.

Following Vespasian’s death, Titus took his father’s place as emperor of Rome, and is most remembered for the construction efforts that took place throughout the city during his rule. The most notable construction of course being the completion of the Colosseum. It instantly became a triumphal monument that promoted the Flavian reign by commemorating the family’s military achievements during the Jewish War.

The Flavian success in the Jewish War was important as many historians believe that Titus brought over Jewish prisoners of war to contribute to the workforce needed for the construction of the amphitheatre. This very much kept with the Roman practice of humiliating their defeated enemies further, and as a way of demonstrating their power. In addition, the placement of the amphitheatre is often assumed a deliberate move by Vespasian who built the Colosseum on the land which previously held Nero, his predecessor’s, palace.

Not just a pretty landmark for tourists, but a symbolic place situated at the heart of Rome, the Colosseum represents a significant period of Roman history. An ode to the Flavian dynasty and their populist gesture to return a central part of the city back to its people.

What was the Colosseum used for? 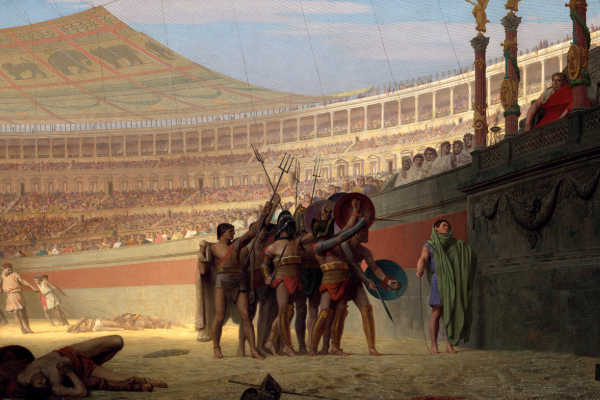 So now we know the motivations behind its construction, why else was the Colosseum built? Who, and what, was it built for?

Vespasian’s aim as a ruler was not only to ensure his reign but the reign of the family line that followed him. To do this he had to unite the people of Rome and create stability. A clever man, he did this through distracting citizens with food and entertainment so they would take out their social and political frustrations in the arena rather than with an uprising. This philosophy may have inspired the phrase “give them bread and circuses” , with the bread being the food and the circus being the entertainment.

The Colosseum acted as a hub of entertainment for the whole of Rome, offering a variety of events. One of the most popular and regular events were the gladiatorial contests, referred to as munera. Citizens from the higher classes would stage many of the shows as a way of giving back to the community. The gladiators who fought in these fights had conflicting connotations. With many being slaves they were despised and segregated from society. However, those who fought well were admired by the audience and received popular acclaim. This may be why some gladiators were volunteers, willing to risk their lives to appear in the arena. Their worth as entertainers was never questioned, as can be seen in the high and low art left behind from the Roman period.

The contests, although bloody, always had a religious element to them along with many of the other events hosted at the Colosseum. Triumph or success in a fight was thought to be a combination of a good personal relationship with the Gods and manly virtue. The tradition of religious sacrifice can also be seen in their recreations of classical theatre, which often involved a human or animal sacrifice, where the victim was killed in various mythological ways. Either with fire, animals or in combat. This leads us nicely onto the animal hunt, or venatio, another popular show which involved using exotic animals imported from Africa and the Middle East to stage elaborate hunts or battles. If this wasn’t enough, during the intervals, people condemned to death would be brought naked and unharmed into the arena to fight against different beasts who would eventually tear them apart.

Although today these types of performances sound revoltingly bloody and incredibly cruel, much of this violence is still present within our society. We are still entertained by a head to head battle, through one on one sports such as boxing or wrestling, as well as in team sports like football and hockey. The adrenaline caused by a bit of physical exertion and competition is enough to have crowds shout and cheer and fill stadiums around the world, not so unlike the Colosseum’s audience 2,000 years ago. We may pride ourselves on our civilised ways, and marvel as how far we’ve come, but, violence remains a staple in our multiple sources of entertainment and continues to unite people globally. Just think of the recent Game of Thrones franchise. A global phenomenon, its international fan base became engrossed in the shows frequent use of violence and nudity, spending thousands of dollars on the production of gory battle scenes. Clearly the Flavian’s knew what they were doing when they constructed this iconic building which achieved its purpose in entertaining the masses.

Hopefully this article has given you some insight into the history and context of the Colosseum, and answered the question of why it was built, allowing you to appreciate its antiquity even more.