What is the Trevi Fountain in Rome famous for?

Rome is a city famed for its unrivalled architecture dating from its empirical period through to modern masterpieces. One of such is, you guessed it, the Trevi Fountain! 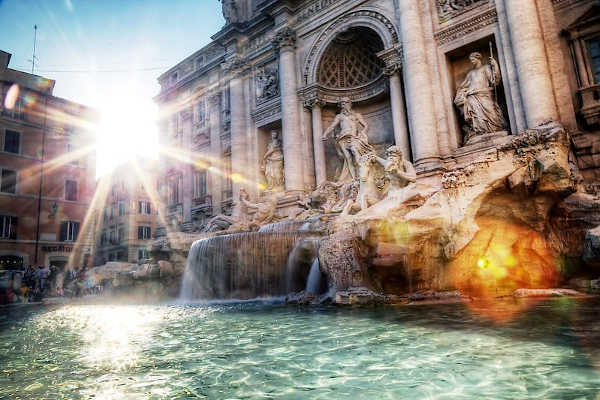 This marvellous testament to opulent design and finite construction is one of Rome’s most famous structures, alongside the likes of the Colosseum, Sistine Chapel and Roman Forum.

But what is it about the Trevi Fountain that makes it such a sought-after structure? Is it for the simple fact that it is a truly glorious baroque masterpiece, with its 26 metre high, 49 metre wide statuesque design beckoning all who pass it to marvel upon its intricacies?

Or, could it be the wealth of history attached to its name, with endless fascinations like its numerous designers and famous film scenes taking place in its waters?

We like to think it’s a combination of the two: a gorgeous, dedicated structure facilitating a passion for design that could only be attributed to Italian genius.

The Colosseum is a must-see for history buffs and Roman holiday makers alike! This ever-impressive ancient stadium allows you to step into a world of gory gladiator fights and macabre emperors who were more than happy to shed some blood all for the sake of gruesome entertainment.

Walking around the amazing Colosseum is truly like stepping back some 2,000 years in time, where life was held in low regard and it could be ended with the swift downturn of an emperor’s thumb.

The Vatican City is the center of Catholicism, so you can imagine it is a pretty grand affair! Not only is there the delight of the Sistine Chapel and St. Peter’s Basilica, but the Vatican City is also home to the Vatican Museums, where some 70,000 masterpieces are dotted around numerous buildings in the tiny city-state.

Finally, be sure to meander around the Vatican Gardens, as they provide a beautifully tranquil respite from the buzz of people and Vespas rushing around the Roman streets.

The Roman Forum is the beautifully-preserved center of Ancient Rome, where decisions were made and even more gladiator fights took place. There are numerous sites to enjoy in the Roman Forum, each with their own special place in the history of this glorious city…

Related article: What should I see in Rome, Italy?