What is the Renaissance period known for? 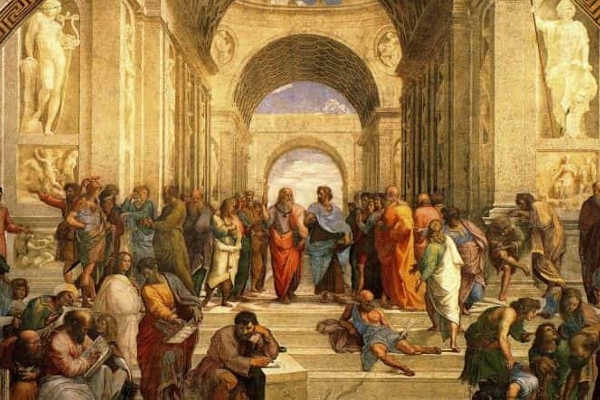 Even if you aren’t the biggest art fan around, you would have heard of the Renaissance period. Being one of the major art eras in existence. Celebrated still to this day, with some of the world’s biggest name artists and paintings showcased and created in this historic time.

What does Renaissance Mean?

The name ‘renaissance’ is a French word translating to rebirth. It symbolised the beginning of a new era of art, rebirthing the classical models of Ancient Greek and Rome periods while using the modern techniques.

When did this era begin?

There is not an exact date of the beginning of the Renaissance period, but it was rumoured to begin in the period from 1350 until the year 1400. Starting in Florence, Italy, before spreading out to the rest of the country. Prior to the Renaissance period, in the middle ages, people thought life should and always be hard. It was a world filled with war and hard work, with citizens working themselves into the ground until they perished. However, by the 1300s, the people of Florence began to think differently. Studying the past lives of the Greeks and Romans, they realised that life could be done in another way, which introduced the new way of thinking called humanism. Using the comforts of life, reawakening art, culture, science, technology, and music to bring more joy into life. As Italy was a considerably wealthy country at the time, it was easy for them to extravagantly spend their money on the finer things of life, cultivating humanism quickly. Wealthy merchants hired artisans and craftspeople more frequently. As well as competitions among artists and thinkers occurring more frequently. Art began to flourish, and new thoughts began to emerge. With the entire continent spending more and more money on the fine arts. This began the foundation for the European age of exploration, which soon led to Europe’s global power.

How long did the Renaissance period last?

The end of the Renaissance period ties in directly with Florence’s decline. It first began with the invasion of Florence by France in 1494, as well as Italy,  breaking into warfare between its city-states. The introduction of the Renaissance gave birth to many political and intellectual movements, with the era having a large backlash. By the 1550s, many of the artworks and literature that helped developed the Renaissance were banned. And by the mid-1550s, the Renaissance was over completely in Italy. However, it was live alive across Europe, with other country’s growing this era even after Italian’s end.

What made the Renaissance Period so significant?

The Renaissance period cultivated a new change in art, knowledge, and culture. It changed the way the citizens thought, with first the rediscovery of classical philosophy, literature, and art, as well as the new discoveries in travel, invention, and style. This era was so important has it changed the way the world thought, with new inventions, styles, and explorations that are still influential and occurring to this day. The term ‘Renaissance Man’ refers to the highly influential people who shaped this period of time. They were masters of invention, engineering, creatively, and travel, with some of there discoveries and inventions still used widely to this day.

Where can you see them?

The Renaissance paintings and sculptures can be found throughout Europe and elsewhere, spread out now due to their demand. However, a large majority still remain within their birth country, namely in Vatican City. The city is home to one of the biggest art collections in existence, named the Vatican Museums. This doesn’t just refer to a couple buildings but in fact 54 separate galleries, comprising of over 1400 rooms. At of the 70,000 artwork pieces displayed in these museums, a large number of them are from the Renaissance period.

The Pieces not worth Missing