How many bodies were found at Pompeii? 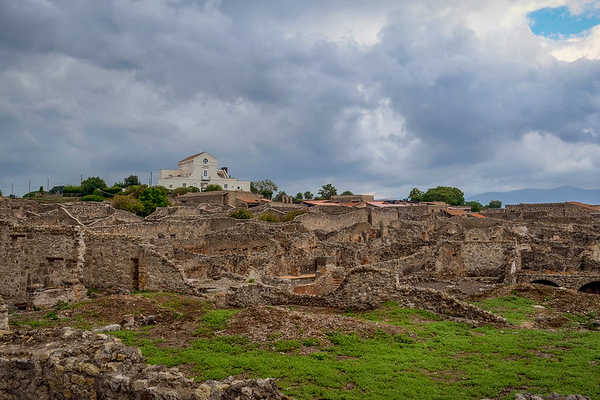 The remains of the city, once covered in volcanic ash and pumice, is the result of an AD 79 eruption by the tempestuous Mount Vesuvius that towers above.

Excavations have taken place at Pompeii for over 300 years, unearthing more of the secrets and splendour of this once vibrant Roman city. The remains of over 1,000 people have been found at Pompeii, providing a detailed snapshot of the unfortunate inhabitants who called the city home.

Today, Pompeii is one of Italy’s most visited tourist attractions, with scores of amateur historians and travellers eager to see the fascinating remains.

So what makes a trip to Pompeii so special, and why is it worth heading there from Rome?

A trip from Rome is the perfect Italian journey

One of the best ways to visit Pompeii is from the glorious Eternal City, Rome. The journey from Rome to Pompeii takes you along the stunning Highway of the Sun, full of gorgeous scenery and charming rural villages.

While the Highway of the Sun is a joy to experience in itself, it takes you to one of Italy’s most picturesque cities: Naples! Here, you can catch amazing views across the city that leads into the sparkling blue waters of the Gulf of Naples. Take in the breathtaking panoramas and take a pic of the culprit in your grand Pompeii adventure: Mount Vesuvius.

Naples is world famous as the birthplace of the world’s most popular takeaway, the pizza, and it’s safe to say the Neapolitans know how to make their scrumptious dish. You simply can’t head to Naples, or Pompeii for that matter, without stopping into a traditional Neapolitan pizzeria for a no-frills base with fresh tomatoes, mozzarella and basil – Bellissimo!

Onto the legendary Pompeii

After spending a wonderful morning in Naples, it’s time to head on to the main attraction. The hallowed grounds of Pompeii are a spectacular site for history lovers and everyday travellers alike, as they provide such an unbelievable image of what Roman culture was like (perhaps even more so than Rome itself!).

You can tour with a guide or by yourself, but if you’re going solo you might want to make sure you have all the tools to help make it the most memorable experience it should be!

Related article: How far is Pompeii from Rome?

Previous article: What is the most famous painting in the Uffizi?
Language »