How long does a tour of Pompeii take?

Pompeii, the strange, ancient citadel that the cruel Mount Vesuvius buried in AD 79, is one of the world’s most bizarre tourist destinations. 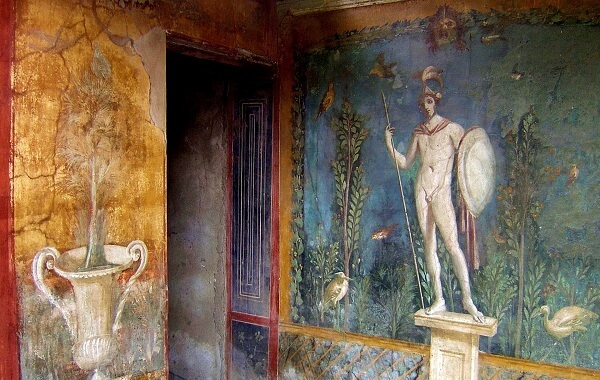 Here you will find the city’s mummified bodies, beautifully-preserved manor houses, its theatres, baths and brothels, all within one easily traversable location!

You can see all of Pompeii’s main attractions in around two to three hours, taking in the preserved ruins that once made this town such a thriving place. Two hours is probably the most ideal Pompeii tour, as visiting on a warm day can be very tiring and you wouldn’t want to spend too much time making your way from sight to sight.

But, when you get there, the citadel’s ancient wonder will immediately draw you in, with the following attractions a must see on your Pompeii adventure:

You may be itching to get right into the main site and check out all the amazing ruins, but the Antiquarium is a great place to gain a sense of what Pompeii life was about before that ghastly Mount Vesuvius decided to destroy it one day.

Here, you will find plenty of perfectly-preserved daily artefacts, as well as an assortment of interactive exhibits that will teach you all about life in the ancient city.

The Ancient Romans, for better or worse, loved a good time. And when they weren’t getting their gore on at a local gladiatorial battleground they could be found at baths, brothels and, of course, the theatre!

Pompeii has three fascinating theatres, including the Large Theatre, Odeon (Little Theatre) and Quadriporticum. The theatres spell a fascinating look into the grand architecture and good times the Pompeiians surely enjoyed before the party had to end on that day in AD 79.

The Forum is where all Roman life deals went down, where crowds would meet to discuss the town’s commercial ventures and worship their deities. This is where you will find the stunning Sanctuary of Apollo and Temple of Jupiter, both beautifully preserved so you can experience their majesty…

The House of the Faun

One of the most luxurious private residences in all of Pompeii, the House of the Faun is named as such for the faun statue that adorns its ruins. This is the perfect place to get a true feel for the class differences that existed in Ancient Rome, as you can imagine how lavish this manor would have been before its burial…