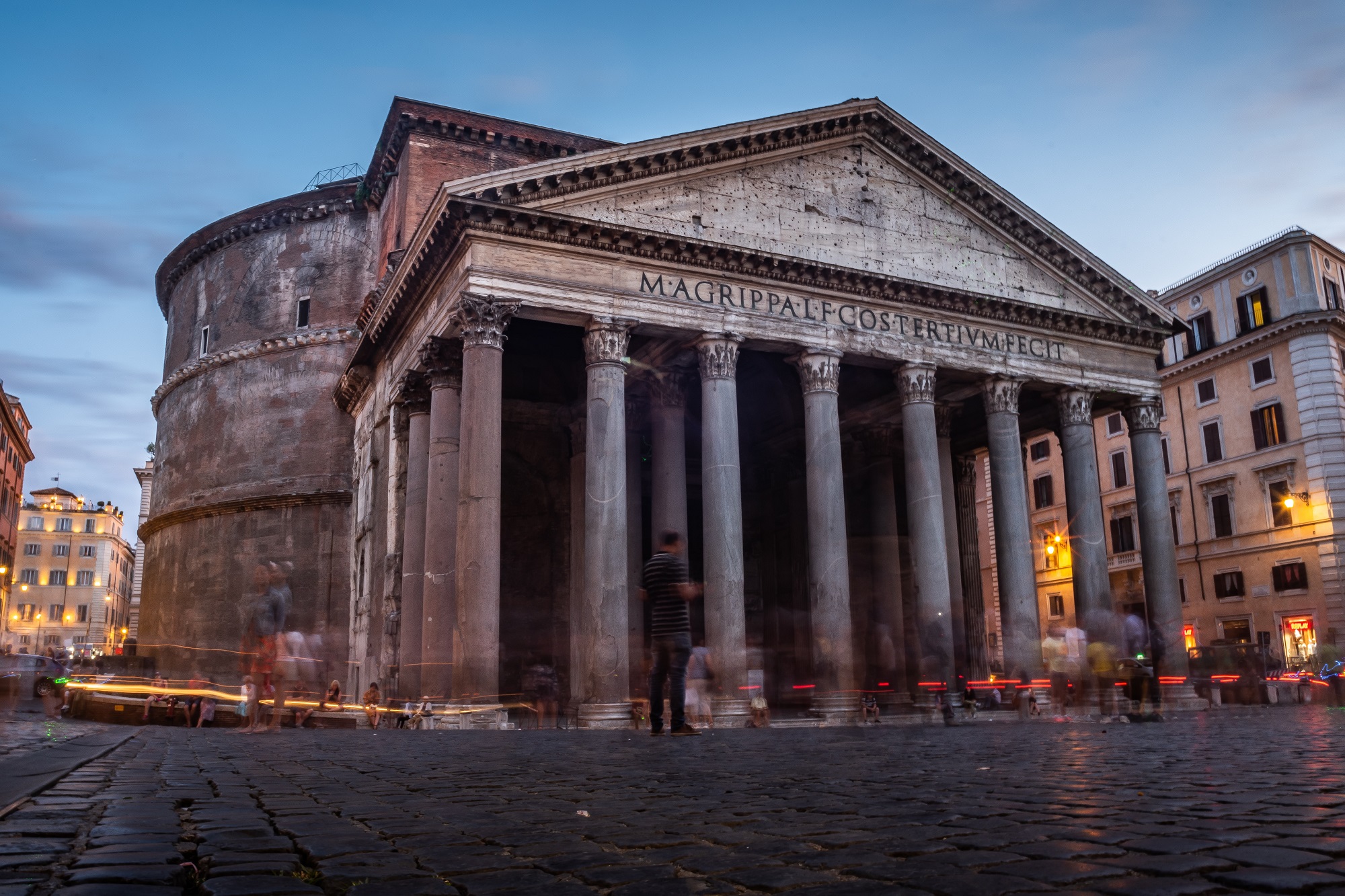 How Long Did Rome Really Take to Build?

The phrase “Rome wasn’t built in a day” reminds us that every great thing takes time. So how long did it take to build Rome into the great city we know and love today? 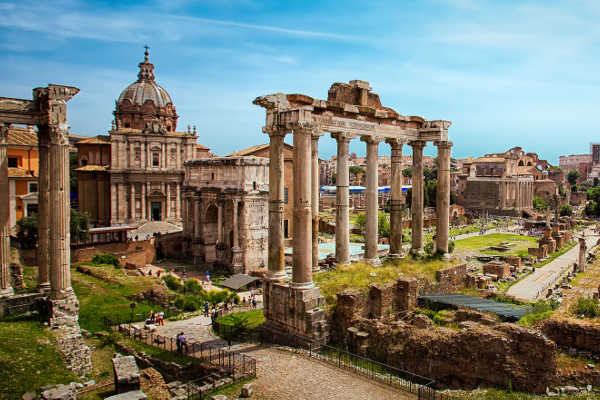 The short answer is a long time. The longer answer is that Rome took thousands of years to build, and it will never be ‘finished’. However, we can break down the building of Rome into several distinct eras. From its formation, through to the Republic and Empire, to the ‘fall of Rome’ and the later Renaissance, the Romans built their city over centuries, and each stage of construction had a characteristic style.

Many historians believe that Rome was founded in 753 BC by Romulus and Remus. Following disagreements about where the city should be located, Romulus killed his brother and founded Rome on his own, naming it after himself.

Those who contributed to the formation of Rome were from the Etruscan and Greek civilisations and so many of the earliest buildings used this influence. Buildings would feature hydraulics and arches that were typical of these earlier cultures. Very little architecture remains from this time; however, we could say that Rome began to be built in 753 BC.

Around 500 BC, the Roman Republic was established. This new stage of Roman history was distinguished by the replacement of a monarchy with elected magistrates and by the erection of impressive buildings. The Romans were master builders and during the time of the Republic they constructed many temples, monuments and stadiums. They also developed the area known as the Roman Forum; the cultural and political centre of Rome.

The Forum is centred around the road called the Via Sacra, or ‘sacred way’, which ran through Rome. Much of what they built at the Forum can still be seen today including Temple of Saturn (built in 498 BC), the Temple of Concord (built in the 4th century BC) and the Arch of Tiberius (16 AD).

The Roman Architectural Revolution also began during the time of the Roman Republic, a significant period characterised by the discovery of concrete during the 3rd and 2nd centuries BC. This discovery signalled an architectural overhaul, allowing architects to abandon their reliance on bricks and stones and create new forms such as domes and vaults. Following this revolution, architects began to build new structures such as amphitheatres, baths, bridges, aqueducts and circuses.

Under the rule of Rome’s first emperor, the self-appointed Augustus Caesar (27 BC – 14 AD), the time of the Roman Empire began. This was a time when much of the city we recognise as Rome started to be built. The Empire lasted until 476 AD, when Rome was conquered by the Barbarians.

The Roman Empire was powerful and wealthy, and this is reflected in the buildings from the time. The meeting place of the senate, The Curia, was built in 29 BC and in true, grand style it was covered in marble. Augustus Caesar was rumoured to favour this building material and he boasted that he transformed Rome from a city of brick to a city of marble. Augustus’s claim may be unfounded, but marble did feature heavily in the buildings from the Roman Empire. The marble of the Curia has now been removed but other examples of the Roman use of marble can be seen inside the Pantheon (126 AD).

The Pantheon is also an excellent example of the ways in which the Romans used concrete. Its famous dome utilised this material in a ground breaking way and, even today, the Pantheon is known to have the largest unreinforced concrete dome in the world.

Other famous constructions that can be attributed to the Roman Empire are the Arch of Titus (32 AD), the Arch of Septimius Severus (203 AD), the Baths of Caracalla (completed in 217 AD) and the many palaces that were built by the emperors.

The Medieval period which followed the fall of Rome in 476 AD marked a troublesome time in Rome’s history. Rome’s population declined and far fewer buildings were being erected. Those buildings that were built were later demolished to make room for the impressive constructions of the Renaissance period or were incorporated into newer buildings.

Trastevere, on the western side of the River Tiber is one of the only places in Rome that still has a significant collection of Medieval buildings. See the Castle of Caetani, the Casa Mattei, and the Basilica of Santa Maria here. Though it does not boast the opulence of the ancient or Renaissance architecture, Trastevere is thought of as one of Rome’s most charming neighbourhoods.

During the mid-15th to the 17th centuries, Rome went through its Renaissance, seeing architectural and sculptural masters such as Michelangelo, Raphael and Bernini make their mark on Rome. The artistic prowess of these individuals, among others, transformed Rome into a stunning display of intricately carved buildings decorated with elaborate frescos and stonework.

The Popes during this period also had a huge influence on the buildings of Rome, commissioning palaces, churches and fountains.

Churches such as the Sistine Chapel (1473) and St Peter’s Basilica (construction beginning in 1506) were built during the Renaissance, and over the following decades the artistic masters contributed to their architecture and interior design. St Peter’s for example, has a dome that was designed by Michelangelo and altarpieces made by Bernini. Areas of the papal palace were also expanded, with the likes of Raphael designing their elegant interiors.

Rome’s buildings of the last century

Rome was certainly not built in a day and it will always be going through some level of construction. Nowadays, Rome enjoys adding modern masterpieces to its ancient collection of buildings. Incredible venues that were built in the last century include the multi-arched Square Colosseum (Palazzo della Civiltà Italiana or ‘The Italian Civilisation Palace’) which was commissioned by Mussolini, the Auditorium Parco della Musica (2002) and the MAXXI (Art Museum of the 21st century – 2012).

Rome was certainly not built in a day; it is an ongoing project. The city is also known as The Eternal City, and this is an excellent way to think of it – a place that continually grows and progresses. And with new buildings always being planned, this name shows no signs of fading.

Previous article: The Best Sights to See in Pompeii
Language »