Can you walk around Pompeii for free?

Get a glimpse of what Roman life once was like in 79 A.D. right before a volcanic eruption. 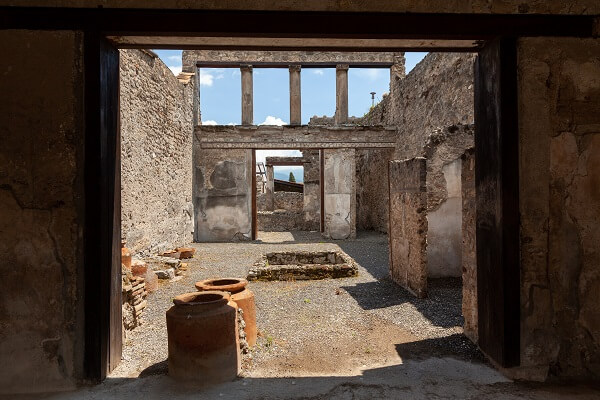 Pompeii was once a thriving city before the volcano Mount Vesuvius erupted. After the eruption in 79 A.D., the city got covered in volcanic ash. Pompeii was only rediscovered in the 16th century and now the city is an archaeological site. The volcanic ash preserved and froze the city in time. Travellers across the world visit Pompeii to walk through the city and experience how the citizens lived.

You can visit Pompeii for free on the first Sunday of each month. It is best to secure your ticket online or you can get a from the ticket office in Pompeii. When visiting Pompeii on the first Sunday of any month, it can get very busy. If there are already 15,000 people before midday on Sunday, the ticket office will close for an hour. To try to avoid the crowds you can go early in the morning when Pompeii opens or later in the evening during the last entrance time.

You can still visit Pompeii any other day of the month. But you will need to buy a ticket to get entry to explore Pompeii. We highly recommend you go early in the day or later in the evening if you want to avoid the crowds and long lines. Or you can buy a skip-the-line ticket which will allow you to skip the long line and get entry inside Pompeii.

Now you’ve made it to Pompeii, and you want to know the best places to visit in the city. There are so many places to see when you are making your trip.

The Temple of Apollo was an important religious building. The temple was dedicated to Apollo, who was a Greek and Roman god. The temple had gladiatorial games and theatrical performances of Ludi Apollinares, which was a Roman game.

The Forum was used for almost everything in Pompeii. It was the focal point for trade activities, markets, citizen worship and a lot more. The Forum was surrounded by a colonnade. The colonnade allowed people to avoid the heat and rain when walking around. When standing in the middle of the forum, you can see Mount Vesuvius.

The Macellum was a market. There were food and small shops inside. When you visit Pompeii today, you can see what was once sold at the markets. There is also a small closed off section where you can see the casts of the victims of the eruption.

You can plan your visit either by doing a guided tour, doing your own route, or following one of the four paths. It’s recommended to have at least two hours to explore Pompeii. But some people can spend an entire day taking in how the Romans lived in Pompeii.

Previous article: Can I do a day trip to Amalfi Coast from Rome?
Language »